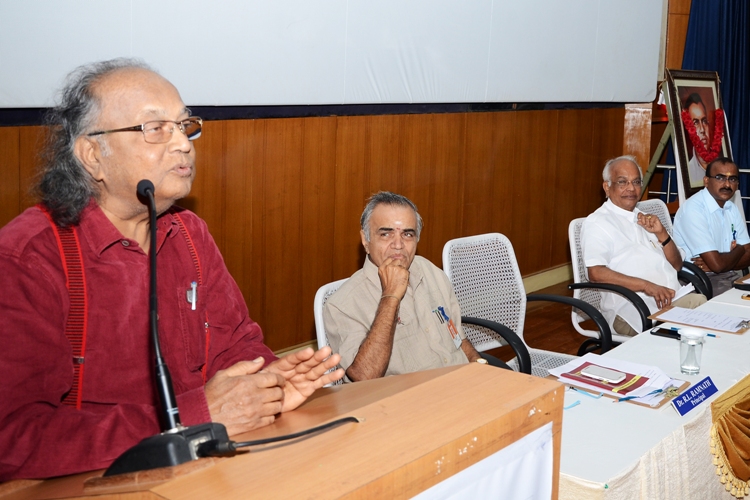 On 22nd November, 2016, the Department of Film and Television Production organized a seminar on documentary film in SLCS’ auditorium. Our President and Dinamalar Publisher Dr.R.Lakshmipathy presided over the function.

The chief guest Mr.Krishnasamy an eminent Documentary Film Director gave a wonderful speech on “Worldwide Tamil Culture”. He explained the students about the Tamil culture and how was the culture spread word widely. He also revealed that there are few places which remain as the proof for Ramayana, Mahabharatha and Bhagavatgita stories. He also informed that the sculptures in all the temples depict our past culture.

As a part of this seminar, a documentary film by Mr.Krishnasamy “A Different Pilgrimages” was telecasted for our students. The film really opened the eyes of our students. Our Principal Dr.R.L.Ramnath welcomed the gathering and our Vice-Principal Mr.C.Archunan delivered the Vote of Thanks. The students really experienced the film and the seminar wound up informatively.Mr.C.Archunan.