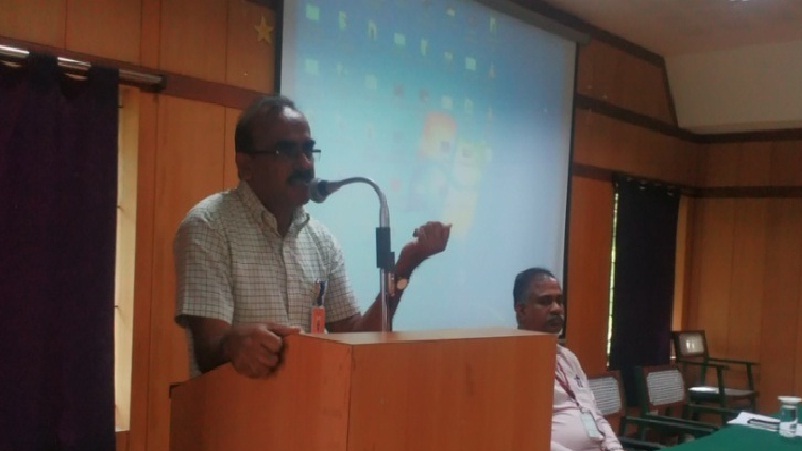 The Department of IT & Networking organized WORLD POPULATION DAY on 11thJuly,2016.The session was started with the prayer song. E.Arunachalam of II B.Sc Networking welcomed the gathering. Our venerated Vice Principal Mr.K.Archunan inaugurated the event with his views about population. He said that if population increases, the need of food is also increased. So the production of yield also must be increased.

Mr.C.Ranjith Kumar Head of the Department of IT & Networking delivered Felicitation address through his informative speech. He also said that because of excess population, young generations are without jobs. Then, M.Kirubakaran of II B.Sc Networking illustrated the causes for the population by highlighting the point “illiterate is the main reason for rapid population growth”.

M.N.Arun Kumar of II B.Sc Networking provided a statistical report about population by saying that the China is the most populated country in the world. R.Thirunavukarasu of II B.Sc IT explained about the population growth & their impacts through some video clippings. Vote of thanks has been delivered by A.Muthu Shenbaga Leela of III B.Sc Networking. The event has been concluded with the National Anthem.