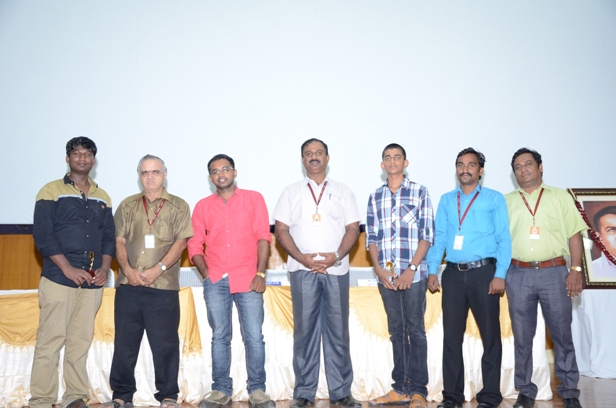 On 12th & 13th May 2016, Department of IT & Networking organized 2 days “Workshop on PC to Network” for +2 students. 176 Students from various places like Chennai, Kadalur, Pondicherry, Madurai, Sivakasi, Sivagangai were participated.

The Day1 session was started with the prayer song & lightening of Kuthuvizhaku. Mr.C.Ranjith Kumar, HoD, Department of IT & Networking Welcomed the gathering. Our Principal, Dr.R.L.Ramnath Inaugurated the workshop with his wonderful speech. Mr.M.Athigopal, Asst.Professor, Dept of IT & Networking gave an introduction about the workshop. The students were trained with PC Hardware Devices & PC Assembling. The students learnt Assembling & De- Assembling of PC practically & they also participated in the Contest. Mr.C.Ranjith Kumar delivered a speech on “IT Infrastructure Industry”.

The participants were taken for a campus tour around the college campus. Certificates were given for the participants. Prizes for PC Assembling and De – Assembling contest and Timeline contest were given for the winners. Vote of thanks was given by Ms.V.Jeyaletchumi, Asst.Professor, IT & Networking. The program came to an end with National Anthem.