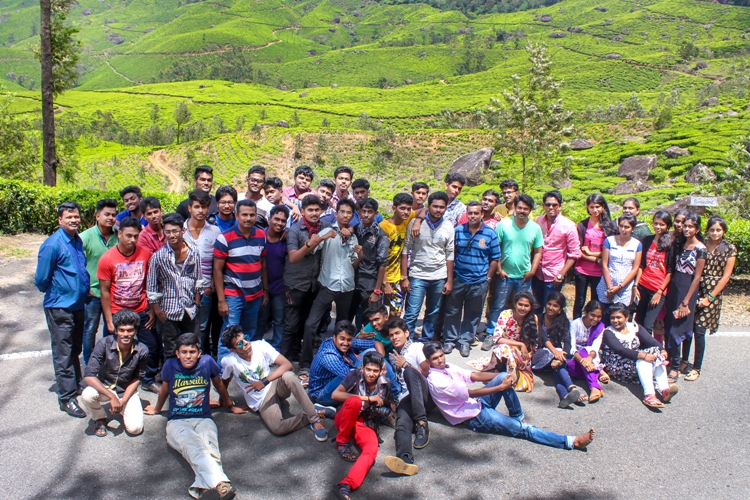 he Students of BSc Film and Television Production and MSc Visual Communication have gone to Munnar, kerala as a part of their photography project from September 8th to September 10th, 2016. The Students visited various places such as Rose garden, Mettupetty Dam, Top Station, Photo point, Attukkadu falls and others. The students were enjoying capturing the pictures of the magnificent view of the tea plantations, rolling hills caressed by the blankets of mist, hill slopes get covered in a carpet of blue, resulting from the flowering of Neelakurinj, Architecture and various falls. Top Station View, it is the highest point in Munnar where students took Ariel view photographs of Theni and Bodimettu town.

In addition to that the students enjoyed the trekking to the most sought after destination of Eravikulam National Park, the first of its kind in Kerala, where the endangered Nilgiri Thar is protected. The Thars also not to forget to give poses to our student’s camera. On the whole the tour to Munnar was a productive and an enjoyable one.