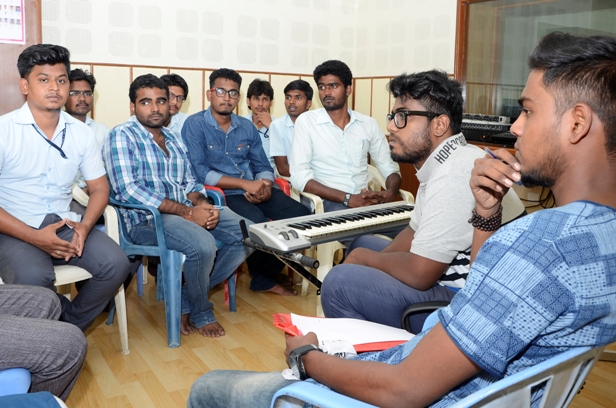 A pop-music production workshop was held at the department of Film and Television Production on July 25, 2016. The renowned pop singers Shakeer and Senthil trained the 3rd year students to compose the song. The objective of the song is about the current education system in India. “If the information is educated to the students in the correct way is the such a good thing other than else, but if it is forced on the students it is the most worst thing like a poison” is the sparking lyrics in the song. It gives a new enlightening to the parents, not to cut the wings of their children and stop them flying in their own sky of dreams. The visuals of the song is now under the production