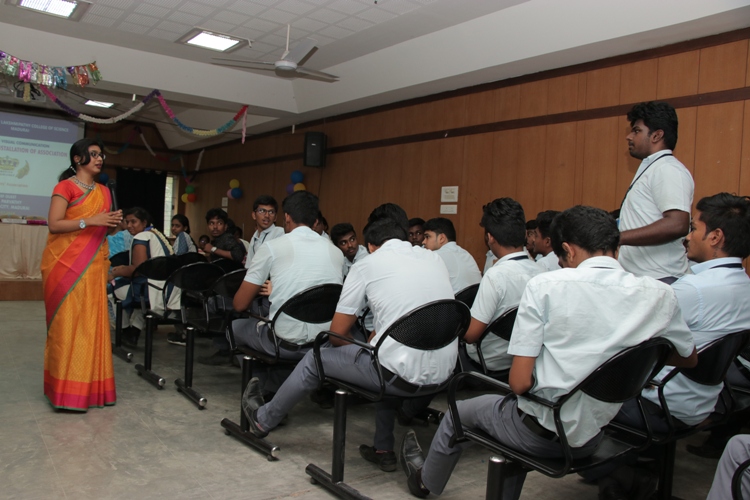 The 2nd Installation function of “MEDIUS CORONET” A Students’ Association of the Department of Visual Communication was held on Friday, July 20,2018.

After the inauguration of the association, Ms.A.Parvathy gave a short lecture on Radio jockeying to the students. The students had a discussion with the chief guest regarding social media and its impact on the current generation. The chief guest adviced the students to have a political and social view to become a successful media personality. The session was productive and useful for the students.