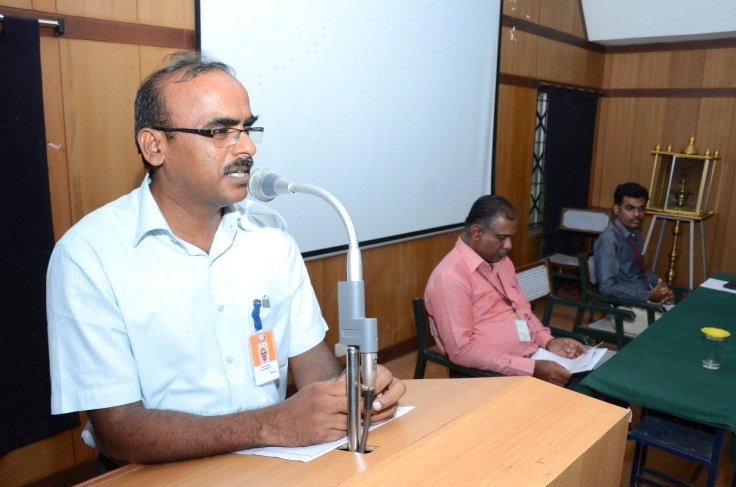 The Department of IT & Networking organized INTERNATIONAL DAY AGAINST DRUG ABUSE on 27th June 2016.The session was started with the prayer song. Ms. D.Muthu Abinaya of II B.Sc Networking welcomed the gathering. Our adored Vice Principal Mr.K.Archunan inaugurated the event with his views about drugs. He made the students understood that drugs are injurious to health & he also said that most of the teenagers are consuming drugs nowadays. He also advised the students not to consume it.

Mr.C.Ranjith Kumar Head of the Department of IT & Networking delivered Special address through his clear and enlightening speech. He also said about the drug use by the people in day today life with examples such as Ephidrine & Acitaminophine. Then, M.Kirubakaran of II B.Sc Networking provided a statistical report about various disadvantages of drugs. Mainly he highlighted that the highest drukers are living in Mizoram.

K.Aravindhan of III B.Sc Networking explained the students view about the consumption of drugs through an audio clipping. The students and staffs took pledge on drug abuse as “I hereby my concern over the growing drug problem among the people in the world and pledge my support to speak out publicly whenever possible to encourage all people to find out the truth about drugs and make their own decisions to be drug-free environment”.