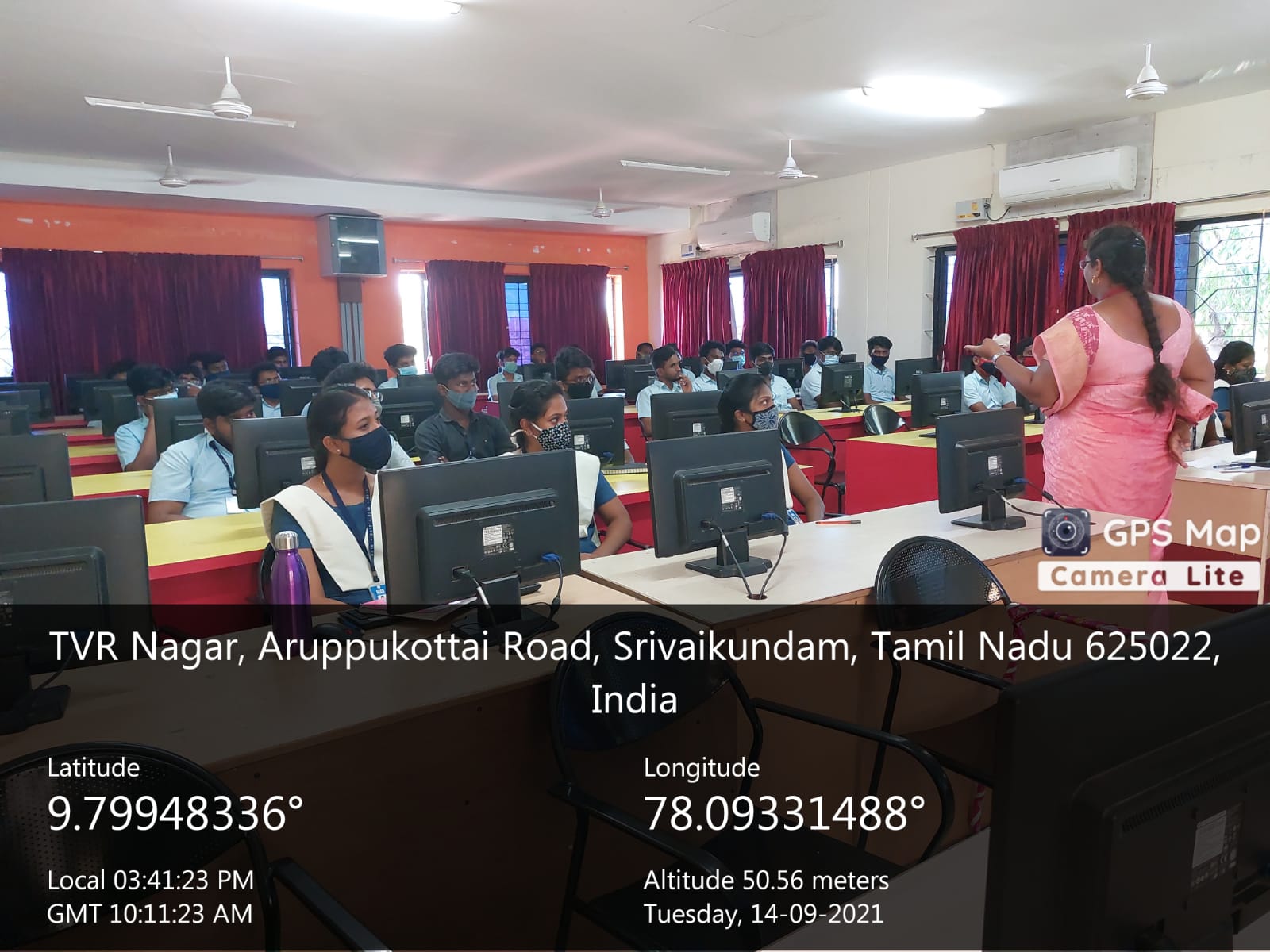 On 14th September, 2021, a Guest Lecture on “The International Day of Sign Languages” was organized by the Department of English. The UN General Assembly has proclaimed 23 September as the International Day of Sign Languages in order to raise awareness of the importance of sign language in the full realization of the human rights of people who are deaf, the department of Languages due to the Internal test conducted the session earlier.

During the session Mrs.R.Suganthi Hepzibha shared about the Sign languages which are fully fledged natural languages, structurally distinct from the spoken languages. She also insisted that there is also an international sign language, which is used by deaf people in international meetings and informally when travelling and socializing. It is considered a pidgin form of sign language that is not as complex as natural sign languages and has a limited lexicon.

The theme for 2021 International Day of Sign languages is “We Sign for Human Rights”, which aims to show how both deaf and hearing impaired people worldwide can unite to advocate for the recognition of the right to use sign languages in all areas was reiterated to the students.

According to the World Federation of the Deaf, there are approximately 72 million deaf people worldwide. More than 80% of them live in developing countries. Collectively, they use more than 300 different sign languages. Totally 42 III year Animation students attended the session and got benefitted about the Sign Languages.