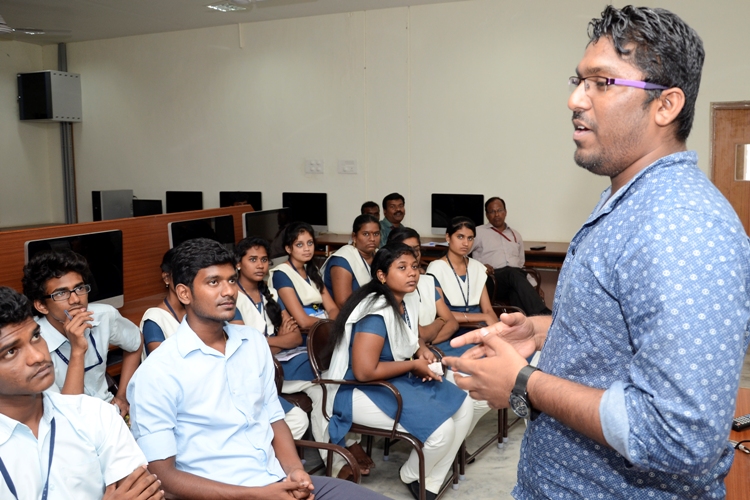 The department of Film and Television Production has organized a guest lecture on radio production on Nov12, 2016.

The lecture was taken by Mr. Fiaz, Programming Head, Radio Mirchi, Madurai. The students of B.Sc. Film and Television Production 1st and 2nd years attended this section. The lecture was about the marketing and production techniques involved in radio medium. He discussed about the creation and execution of ideas and making programs based on the RAM &ISR techniques in the radio industry. Students have gained experience in many things from his lecture and interactions. EL.Shanmugapriya, The student of B.Sc.FTVP – 2nd year proposed the vote of thanks.