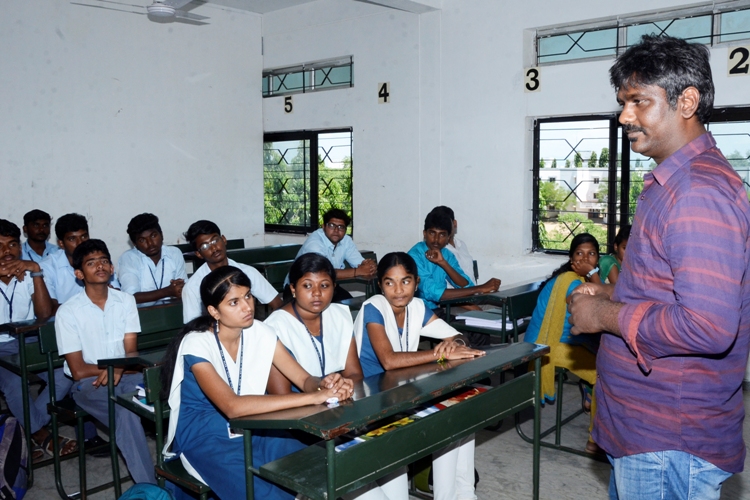 A Guest Lecture on Cinematography was organized in the department of Film and Television Production on September 17, 2016.The second and third year students of B.Sc. film and television production and first year MS.c Visual communication participated in the Guest lecture. The Guest lecture was conducted by Mr.Saravanan Abimanyu a renowned Cinematographer who worked as a Cinematographer for the Tamil feature films “Eetti” and “555”. He discussed about the relationship between the director and cinematographer in the making of the film, the latest technology that is used in film making, lighting techniques, aesthetic of composition, conveying the mood of the scene through camera, artistic skill and dynamic role of cinematography in production. The students gained a lot of information which will be very helpful for them to get into the field in the near future. They also felt that the Guest Lecture will be very helpful for them to complete their projects during the academic.