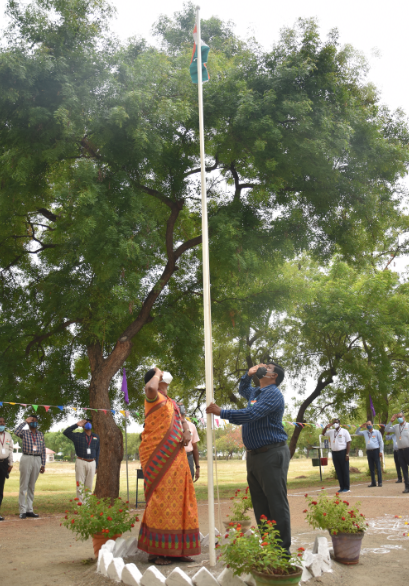 Adhering to the restrictive norms that curtailed celebrations, Subbalakshmi Lakshmipathy College of Science had a meaningful semi-sesquicentennial Independence Day ceremony without much ado but with the sincerest devotion to the nation. The celebration began with the euphonious rendition of the prayer song. The department of Languages in association with the Physical Education department made the arrangements for the 75th Independence Day celebrations. The Principal of SLCS Dr.R.Sujatha, hoisted the National flag and delivered the special speech. The Principal, in her thought-provoking address titled “UNITY IS STRENGTH”. Followed by her, the Vice Principal Dr.K.Archunan, gave speech on reiterating the UNITY.  The celebration was concluded with the National Anthem. Totally 68 faculty members attended the celebration.