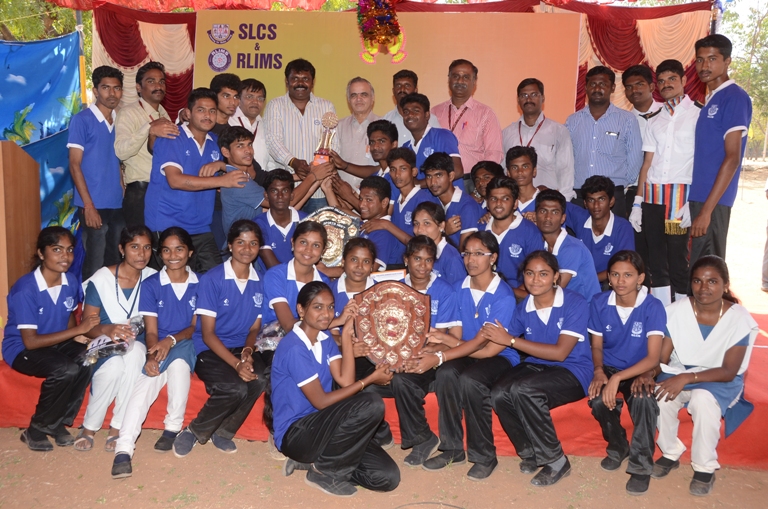 21st Annual Sports Meet held at Subbalakshmi Lakshmipathy College of Science on 30th January 2016. The Chief Guest Mr.P.Ganesan, an Arjuna Awardee Sports Officer TNEB declared to open the Sports Meet. The students performed the March Past and lighted the Olympic Lamp. The field events 400 mts (Men), 4×100 mts relay (Women) and 4×100 mts relay (Men) were conducted on the day. Other events like Yoga, Lezium, karathe and Silambam were performed by our students. Ms.Ramitaa of I Animation welcomed the gathering. Dr.R.L.Ramnath, Principal SLCS gave his encouraging presidential address. Dr.S.Rajasekar, Director RLIMS delivered his motivating felicitation address. Mr.R.Thanga Muthu, Physical Director presented his successful Annual Report. Ms.M.A.Surya of I MBA introduced the Chief Guest by highlighting his achievements. Our Chief Guest Mr.P.Ganesan, shared his secret of success by his Chief Guest address. The Chief Guest and all the dignitaries distributed the prizes to all the winners. The overall championship was won by the Challengers team with 136 points. The sports secretary Mr.P.Saravana Kumar of I MBA thanked the gathering with his vote of thanks.