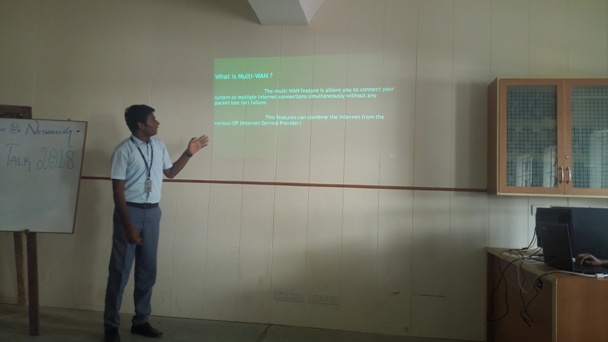 On 28/07/18, Department Of Networking has organized “TECH-TALK 2018”.  Students from both second and third year networking have participated in Tech-Talk  2K18 program. The welcome speech address was delivered by S. Samaya Manthra II B.SC Networking. The Inauguration address given by Dr. K. Archunan Vice-Principal and Felicitation Address given by Mr. M. Athigopal Head of the Department.

Students from both second and third year presented the papers titled as INTERNET PROTOCOL HACK KEY, WHAT IS YOUR VALUE, TYPES OF WEB, and MUTI WAN.

The vote of thanks was delivered by S. Janani Swetha, II B.SC Networking. The session has finally ended by the National Anthem.