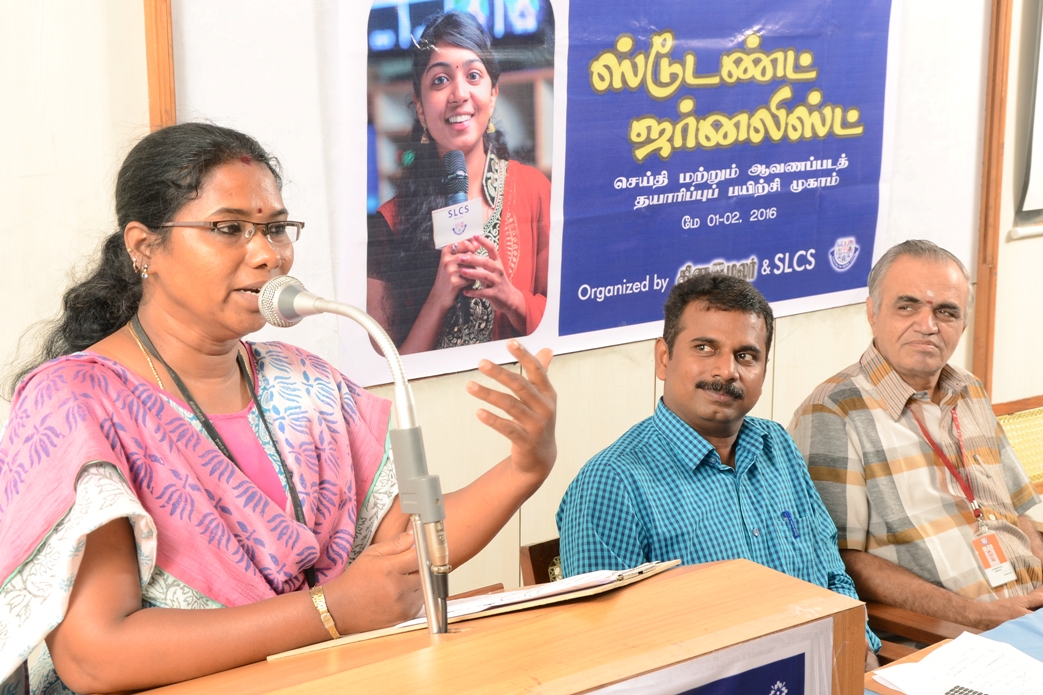 Dinamalar and Department of Film and Television Production of Subbalakshmi Lakshmipathy College of Science has jointly organized a two day workshop titled “Student Journalist” held on 1st and 2nd May 2016 exclusively for +2 students. Students from all over Tamil Nadu had participated in the Workshop.

The workshop includes Aesthetics and Technical Aspects of News and Documentary film making. Students were given due practice in News gathering, News writing and Producing Documentary films. The workshop was headed by the Principal Dr. R.L. Ramnath. Ms. Jeyalakshmi, Senior Journalist, Dinamalar was the Chief Guest of the event. She shared her views on News making, Ethics, Social responsibilities of a Journalist and the opportunities for young graduates. The Head of the department Mr. C. Manikandan, Faculty members Mr.M.Raghu kalidasan, Mr.Rajavardhan and Mr. R.Sankar Seshan have trained the students.At the end of the workshop the students produced a Opinion Poll of Tamilnadu Assembly election 2016 and News feature on Summer.