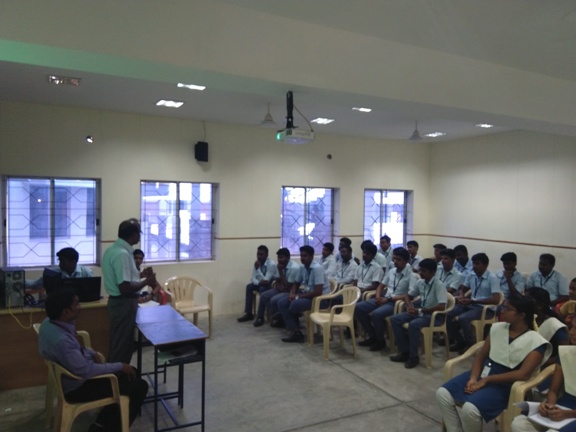 Students from second and third year made a presentation on current affairs about “BIT COINS” by K. Lingeswaran, II B.SC Networking and Technical Talk in “DELETE YOURSELF” by J. Nandha Kumar, III B.Sc. Networking. It was about the social media awareness.

The New Secretaries, Mr. J. Nandha kumar [16913] III B.SC Networking and Mr. P. Prasana Kumar [17927] of II B.Sc Networking were selected by our faculty and announce in the gathering.

The program was successfully completed with Vote of Thanks  delivered by S.Pavithra II B.Sc Networking.