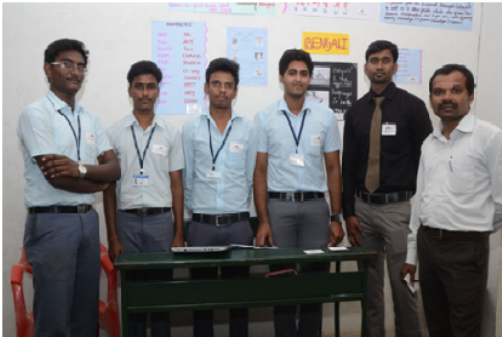 The Second Year Students from the department of IT & Networking conducted Language Expo on 03.12.2015 as a part of Campus Recruitment Training. The session was presided over by our honourable Principal Dr.R.L.Ramnath and it is inaugurated by the Head of the department IT & Networking,Mr.C.Ranjith Kumar.The Expo was organised by Mr.Ananda Kumar,CRT Trainer.The students explained about Indo European languages and Dravidian Languages.The student in teams presented about the languages.The teams participated are Ultimate Innovators ,Phoenix,King of Pigeons,Blashing Sunburns and Dominion Dominators.