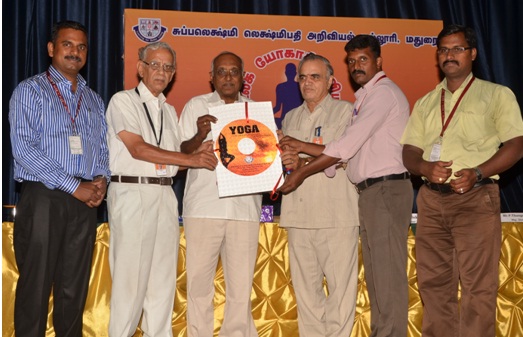 On 20th June 2015, International Yoga day was celebrated in the college premise. The Department of Film and Television produced a short film “Yoga for healthy Living” and it was released by Mr. R.M.J Ramanathan, Professor, World Community Service Centre, Madurai. The film was screened and it was about the Yogasanas and its importance. In that film Mr. Niranjan performed the Yogasanas and Mrs. Janaki, Yoga expert explained the do’s and dont’s of yoga. She also explained the importance and benefits of all the yogasanas. The video is uploaded in youtube for the public viewing.